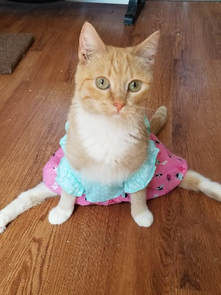 We normally write the stories of the cats and how they came to us. This time, we are so very lucky to know and call LeeLee’s first mom our friend. Even though it was extremely difficult for her to make the decision to surrender LeeLee into Milo’s care, she did so knowing that we would give her the best care we possibly could and as much love as possible. This is LeeLee’s story as told by her first mom.

“Approximately 20 months ago, I was notified by a dear friend of mine, who is a vet tech, that they had a special situation brought into their vet hospital. An approximately six week old kitten had been thrown out of a vehicle,  and a kind person brought this baby into the vet hospital, knowing it was in bad shape and thinking she needed to be euthanized. They took the kitten and decided to give her a chance, then named her “Scooter.”

After their evaluation, x-rays confirmed that she had an L4-L5 fracture and was basically semi paralyzed. I saw pictures of this kitten and went to visit her the next day and decided she had to come home with me! I changed her name to Angel because I felt she was saving me! Her beautiful, loving eyes were so trusting. She never thought she was different from any of the other cats, except  that she was unable to use her rear legs and was in continent of bowel and bladder. After different attempts with diapers, we found something that worked for her.

She would scoot around the house, flying everywhere,  playing with her favorite toys; a red pom-pom that we called her Poofy ball. She needed a bath daily or twice a day, depending on how nasty her diapers were, and she hated every one of them. While I worked, she stayed home with my husband, who snuggled with her in his chair and made spoiled her rotten.

Unfortunately, due to a major change in his health, he could no longer help me care for her. At that point, the only name he could remember for her was Leelee and It stuck! Sadly, without any extra help, I could not keep her dry and clean and long enough to keep her from having her skin get badly irritated. I had her evaluated by a neurosurgeon, praying that was something they could do for her spine to make her walk again! We had been doing physical therapy, wheelchairs, walker’s, water therapy, all of which she hated! Unfortunately, after re-doing her x-rays and examining her, he confirmed my worst fears; that she would never walk again.

Fortunately, Milo’s Sanctuary came into my life and it was beyond a dream come true for the best care she could ever receive! I had made arrangements for ground transportation and then an air flight to get her from Virginia to California. Michele, the President of Milo’s Sanctuary,  called me and said she would send someone to come get Leelee and take her home.

Kyra, one of Milo's volunteers, arrived in our lives.  One of the kindest, most caring, loving, sharing, individuals I have ever met! To her I entrusted my beloved Leelee to start the beginning of the best part of her life! I miss her terribly, I love her dearly, and I know the people at Milo’s are extraordinary human beings!”

We are honored to have LeeLee join our Milo’s family! LeeLee will need some sponsors to keep her in diapers and “poofy balls”! Will you consider being LeeLee’s Sponsor? 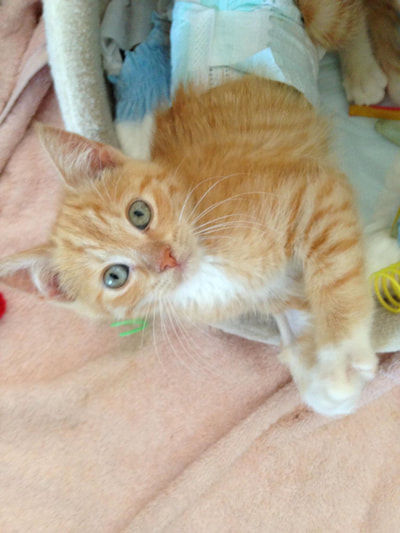 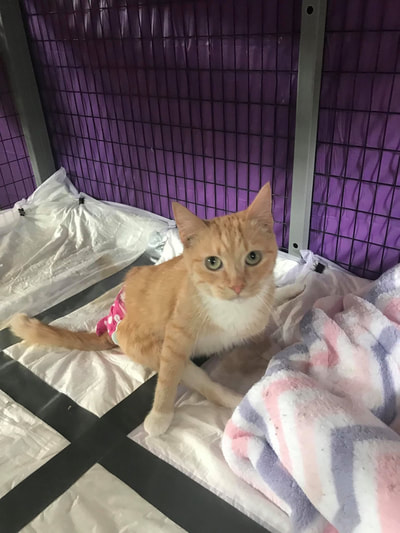