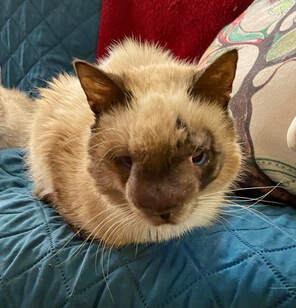 Khy Shadowstryder came to us after his humans abandoned him in a neighborhood in Northern California. A kind couple started to feed him when they noticed his nose was starting to swell. It became so bad that it ulcerated and soon he couldn’t breathe well and stopped eating. They took him to the vet and ran tests and  discovered he had cryptococcus. The couple knew that they could not give him the care he needed, so they contacted a rescue we work with in that area and they went and picked him up. We had him transported to us here in Los Angeles and immediately took him to the veterinarian and started very aggressive treatment for both the cryptococcus and the horribly ulcerated and infected left side of his face. Once he started to heal and the veterinarian okayed surgery we had him neutered and the wound properly debrided and treated.
Khy loves love. He loves to cuddle with other cats, humans, or even a pillow. He loves his food and treats and is slowly learning how to play with toys.  He is doing much better now, but will need care and medication for his life. We are not sure if his nose will ever go back to normal, but that’s okay, because we love him just the way he is!! 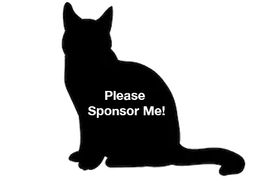 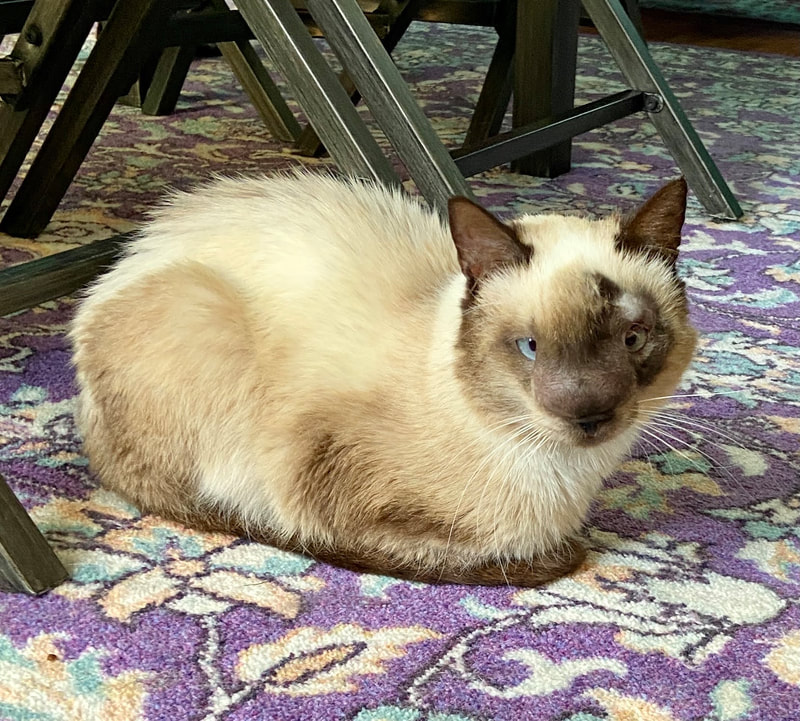 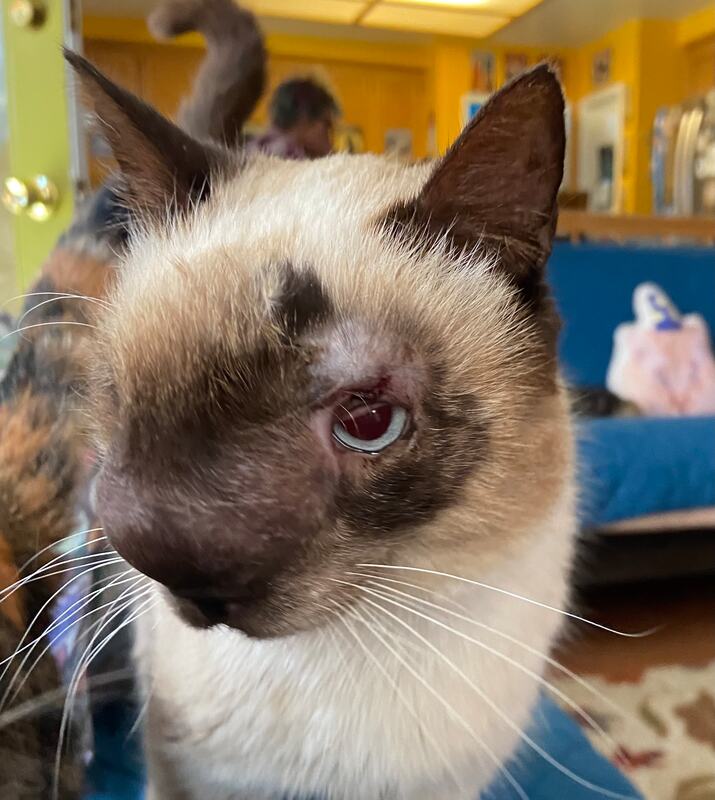 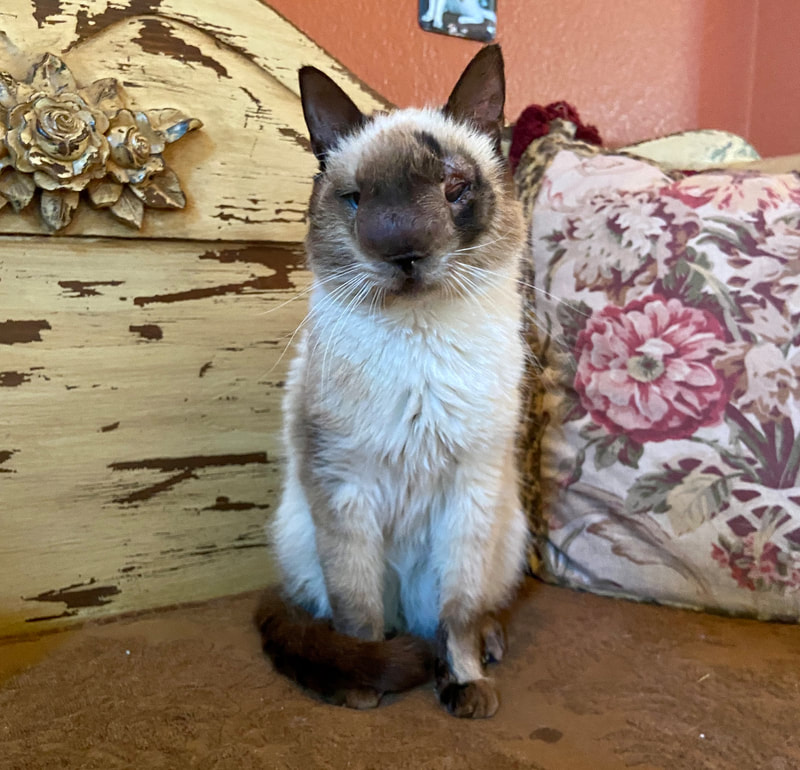 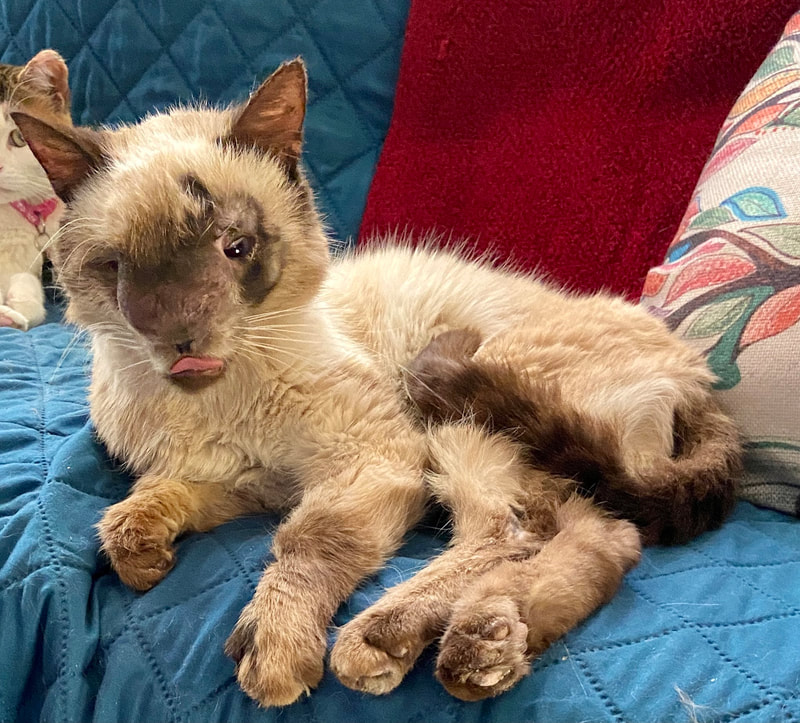