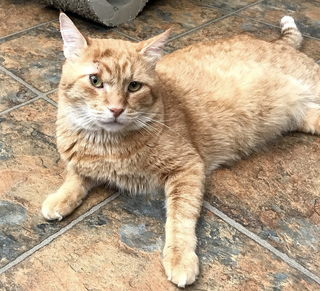 ​Hocus was rescued from a Los Angeles high kill shelter hours before he was to be killed. He came in as a stray and no one wanted him, so he sat alone in the shelter for days and days trying his best to charm all who walked by his cage. He had a very bad gash above his right eye, and it was healing badly to the point he couldn’t close his eye properly, so he was overlooked. He’s also FIV+, which gave him very little chance of ever making it out of the shelter alive.

We were contacted by a volunteer at the shelter and she sent us his photo and asked if we could help. We took one look at this handsome boy (not knowing how huge he was at the time) and knew we were his only hope at staying alive.

He was taken directly to our veterinarians where one of our amazing vets did reconstructive surgery on his eye and built him an eyelid. It’s healed fine, but he always looks like he has one eyebrow cocked like he’s questioning everything. We think it makes Hocus even more adorable and special.

Hocus arrived at the Sanctuary and quickly stole everyone’s hearts. Not only is he handsome beyond belief, but he’s also HUGE, and by huge we don’t mean chubby, we mean HUGE. He is 18 pounds of muscle and his head is as big as a cantaloupe. He is the epitome of the Gentle Giant, he has never hissed, growled or raised a paw to another cat, and he ADORES every kitten that comes into the Sanctuary, showing great patience as they play with his tail and jump on his head.

Sadly, a few weeks after arriving at the Sanctuary, the team noticed he was limping on his front right leg, upon examination it was discovered he had a huge mass under his front leg where it connected to his chest. He was taken immediately to the vet and after a series of tests and a biopsy it was discovered he had Cryptococcus (just like our other Lifetime Care Cat Skimble Skypaws has, you can read about it here. because Hocus is FIV+, it does make it more difficult to treat, but not impossible. He is currently on an anti-fungal drug twice a day. Treatment can take up to a year or more to get the fungus under control, however, this particular form can return at any point even if they test negative after treatment. Cats who have tested positive must be re-tested twice a year for life (which is what we do with Skimble). Also, the medications he is on can cause liver and kidney damage, so he is being carefully monitored by our veterinarians.

Through it all, Hocus has never failed to give love to everyone he meets and is quite the talker. He is one of the most beloved cats here at the Sanctuary and we have promised him that we will do everything in our power to make sure he has every chance to live a long, happy, and healthy life.
​
If you can help us keep that promise to him by becoming one of his Lifetime Care Sponsors we would be eternally grateful as would Hocus Pocus! Thank you!! 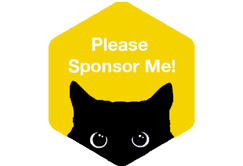 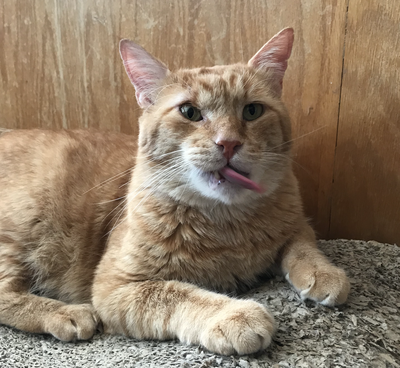 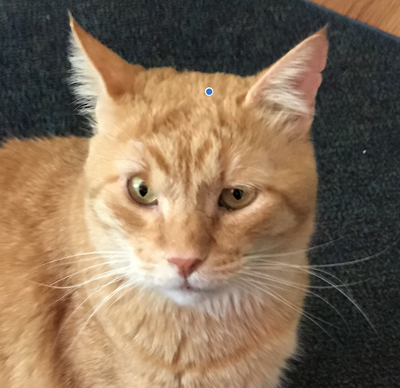 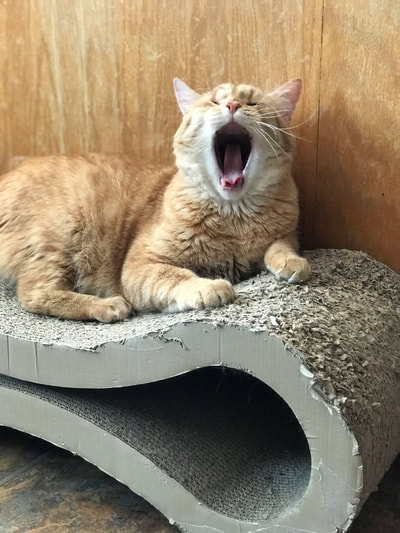