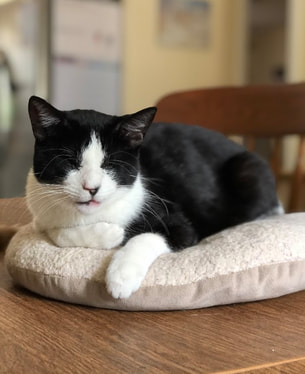 Galaxy Whiskerstar had a very, very hard beginning in life. She was taken from a high kill shelter by a mentally unstable man and in less than two weeks, she became a very sick cat with two ruptured eyes.

Little Galaxy came to us in so much pain. Her eyes had both ruptured and instead of taking her to our vet,  this man decided to take her on a “photo shoot” around Hollywood. After three negotiations and a call to animal control, he finally brought her to our vets and surrendered her to us. The man had put gauze on her bleeding eyeballs and the gauze basically fused to them.  When we asked him why he had done this,  he replied “well, her eyes were bleeding, what else was I supposed to do?”  The vets were horrified by her condition and quickly got her on pain meds, IV’s, and food. She was starving, weak, and dehydrated from neglect and lack of food.

After a couple days of TLC and medical care,  Galaxy underwent surgery to have both of her eyes removed. She recovered quickly and became best friends with Kismet (one of our other survivors). For her safety and comfort, we have placed her in our Lifetime Care Program so she will live her life with her BFF and never have to worry about anyone hurting her again.

Galaxy would love sponsors to support the cost of her food, litter, and any ongoing medical needs she has as she grows. 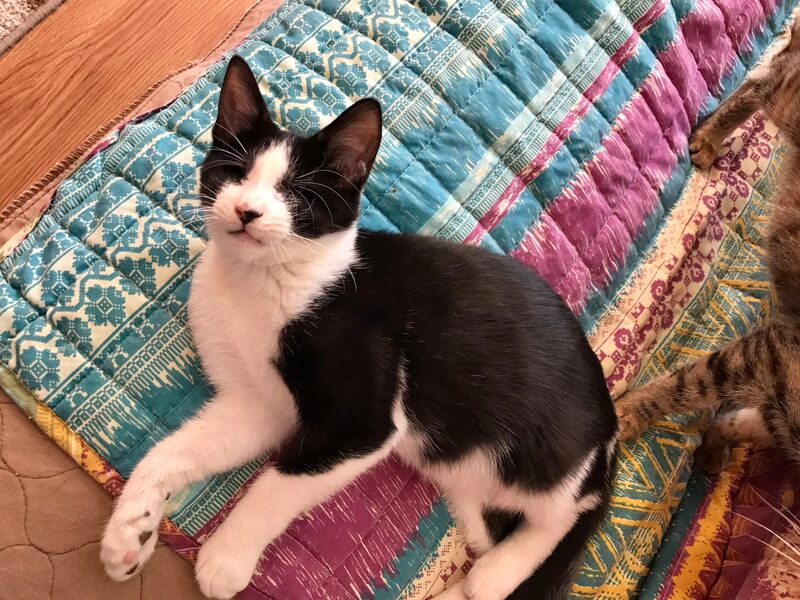 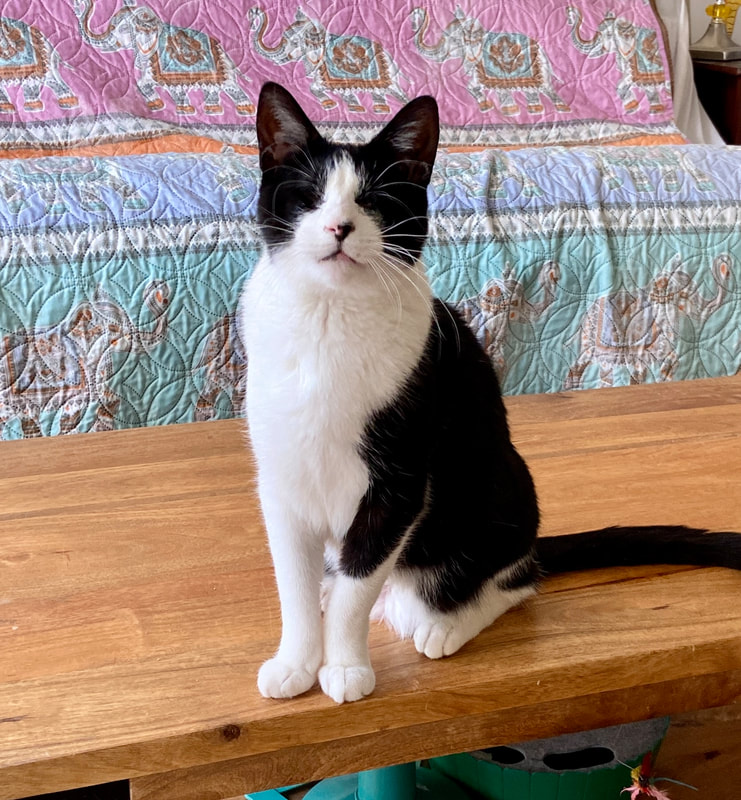 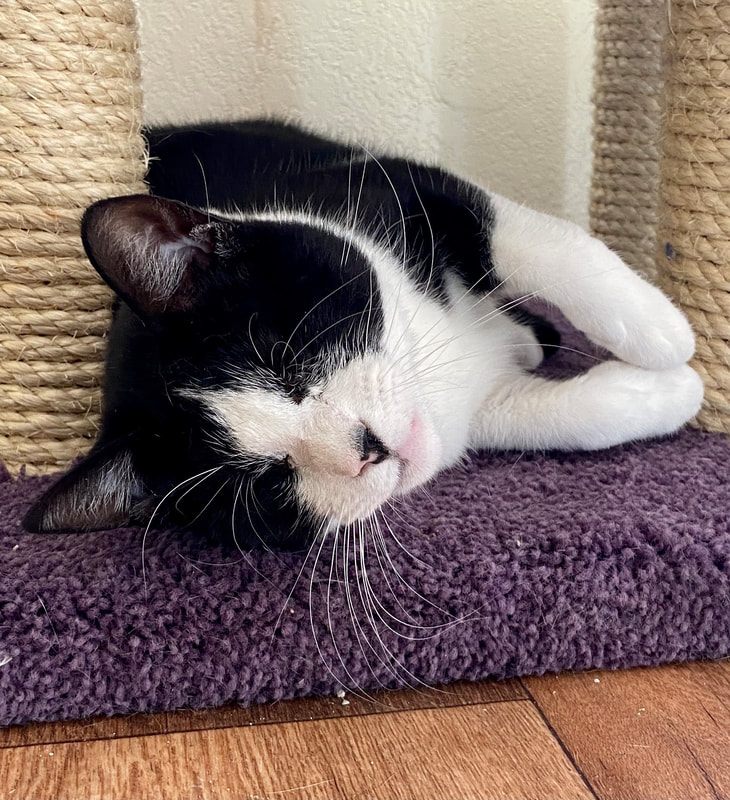