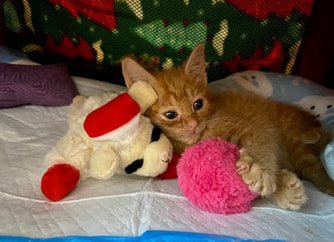 In late November 2021, a man walked into a veterinary emergency hospital in Orange
County, CA, carrying a box. He put the box on the reception counter, said, “She’s your
problem now” and walked out. Inside the box was a tiny, 3-week-old orange tabby kitten.
The kitten couldn’t walk or stand at all.

A vet tech swiftly intervened and claimed the kitten, knowing that surrendering a special needs kitten to the local shelter would be a death sentence. She and her mother (also a vet tech) cared for the kitten and soon discovered that in addition to her neurological issues, this kitten was also blind. They began networking for a forever home where this special little soul would be nurtured and  her challenges would be understood and supported. They knew about Milo’s beloved orange tabby Herman, who had severe Cerebellar Hypoplasia, and on Dec. 13th, reached out to Milo’s President Michele Hoffman. They stated that this little kitten reminded them of Herman. Unbeknownst to them, that very same night would be Herman’s last before he unexpectedly crossed the Rainbow Bridge.

Female orange tabbies are rare, and for this little ginger girl to have severe neurological issues AND look like a baby Herman, well…… the timing was serendipity. Milo’s President Michele Hoffman contacted Herman and Bear’s Lifetime Care family and asked them if they would consider being Lifetime Care fosters for this little girl. They of course said yes; despite the shock of just losing Herman, they felt that Herman had
somehow had a hand (paw?) in guiding this vulnerable kitten to Milo’s in her time of need. So, in tribute to Herman, they named her Hermione.

Michele brought Hermione to Arizona and her Lifetime Care parents, and it took less than 2 seconds for them to fall hopelessly in love with this unique little ginger kitten! They also quickly discovered that despite being blind and unable to walk, baby Hermione was a total spitfire! Sassy, demanding, and VERY vocal, Hermione was not shy about making her needs known. Initially, Hermione was extremely sensitive to any new noises, and did not tolerate being picked up and moved around. This quickly began to improve as her Lifetime Care parents worked with her, providing soothing voices and holding her in soft baby blankets to provide comfort and security.

Hermione is extremely playful, and she currently loves toys with feathers and that make sounds (which helps her track the toys). She also loves to be held closely, to be spoken and sung to by her Lifetime Care parents, and to get head scritches and chin rubs. Hermione continues to grow and thrive, and continues to adapt to her surroundings, including being approached by her very curious new cat siblings. She was evaluated by a veterinary neurologist, and the vet does not believe that Hermione has Cerebellar Hypoplasia. Rather, she believes that Hermione’s neurological deficits may come from trauma to the mother while pregnant, or possibly exposure to toxoplasmosis. Additional testing will be done when she is older to try and determine more specifically what neurological challenges Hermione faces. We aren’t yet sure if her neurological condition is stable or will progress over time. However, whatever her future holds, Hermione has already won a place in the hearts of many, and as far as everyone at Milo’s is concerned, she is perfectly perfect, just the way she is. We also believe that she has a handsome ginger guardian angel named Herman watching over her. 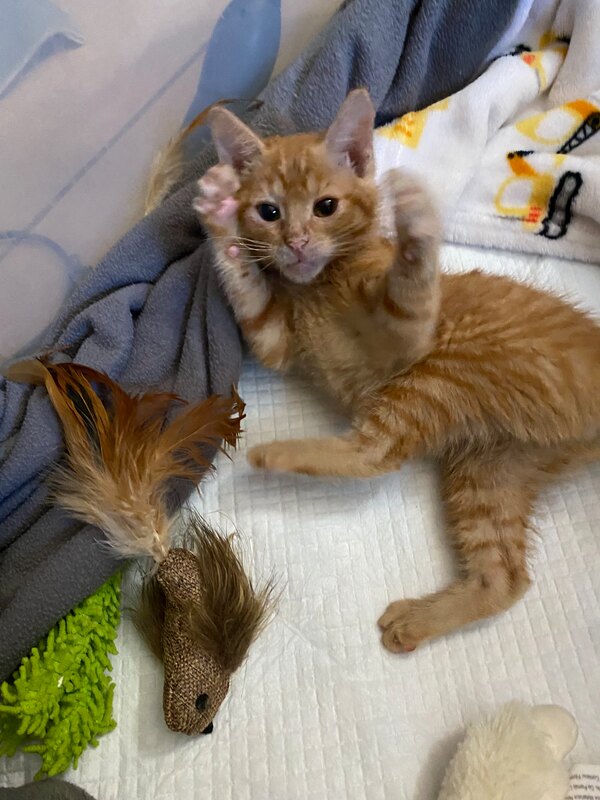 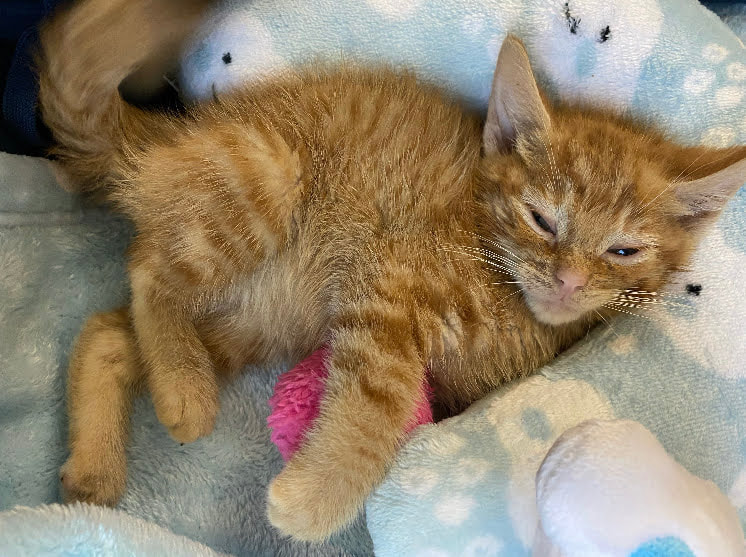 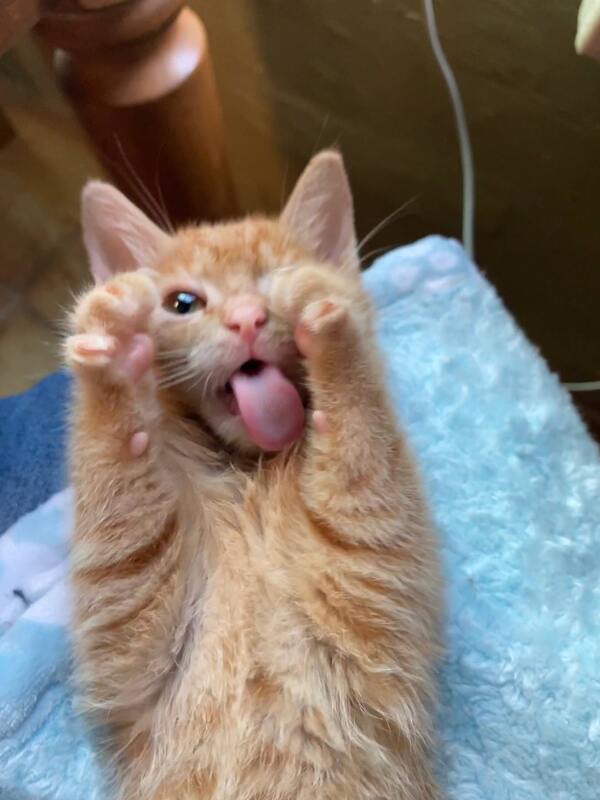