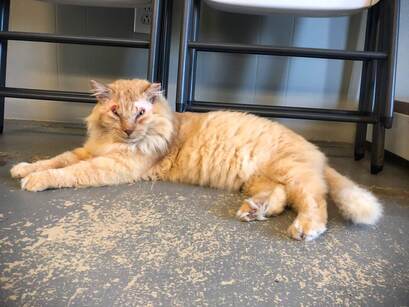 Wizard the Magical Cat came to us from South Carolina. Alone, injured, recently neutered, ear tipped, and abandoned outside, he was rescued by two kind women and taken in for medical care. They nursed him back to health, and quickly realized that
his medical needs were more than they could provide, so they reached out to Milo’s Sanctuary. When we heard his story and saw his photos, we came to the conclusion he is Tommy’s younger brother from another mother (and father) and quickly agreed to take him in.

Wizard was flown directly to us here in Southern California and we couldn’t be more in love with him. He’s a super sweet boy who, like Tommy, is FIV+ and has suffered horrible abuse at the hands of humans. He was found wandering around with horrendous injuries to his eyes and burns on his neck. Upon examination, the vets all came the same conclusion; someone tried to purposely cut off his eyelids.
​
We promised when he came to us he would never suffer again and will have the love and care he needs for the remainder of his life. Will you help us to keep our promise to Wizard the Magical Cat by sponsoring him? 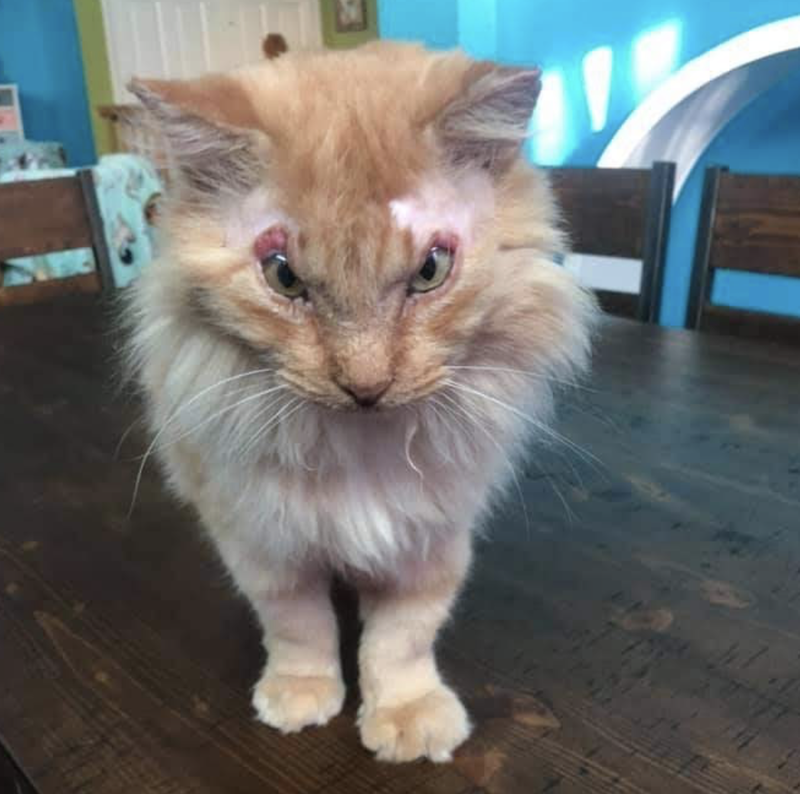 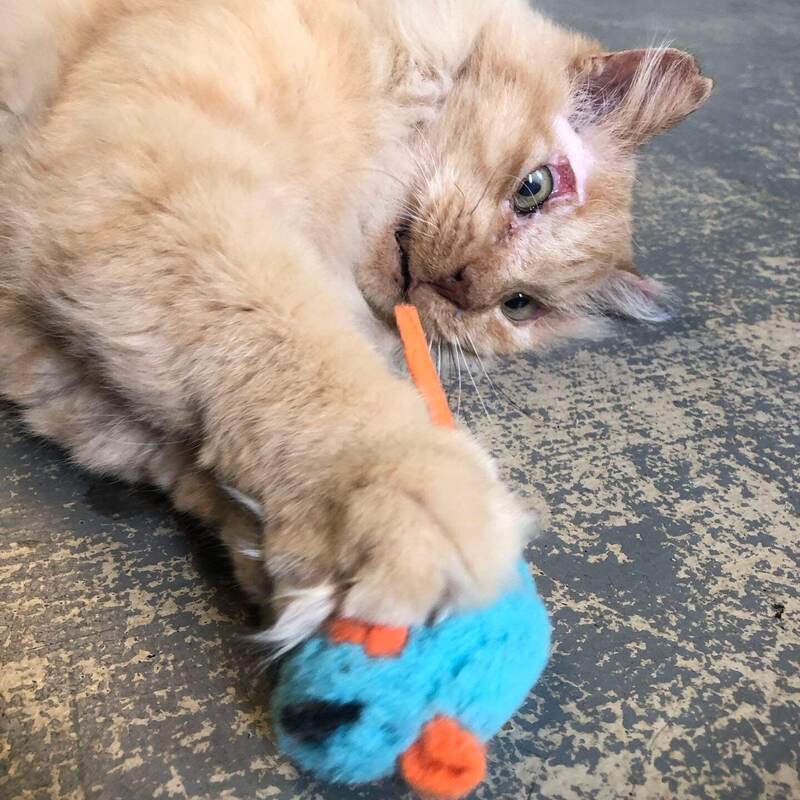 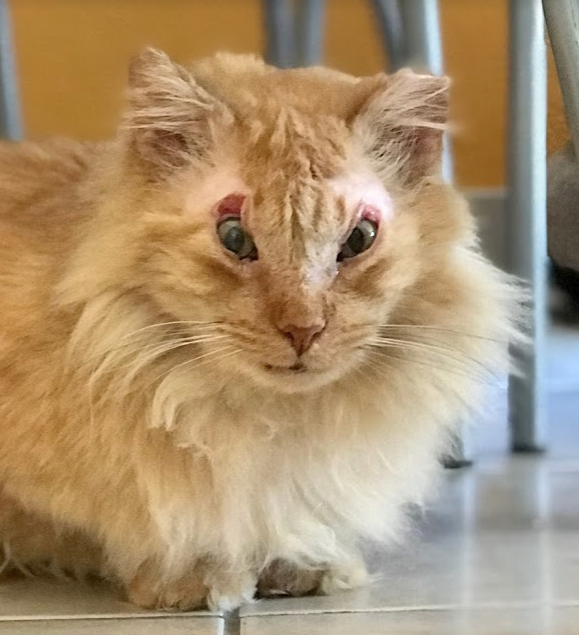