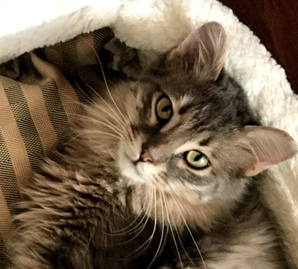 Mr. Whiskers has known nothing but sadness and abandonment in his young life. He was living on the streets of Turkey when rescued by a small rescue group who sent a plea out for him to come to the United States. A “rescue” group in Northern California decided they wanted to rescue him,  so they had him flown from Turkey and found a temporary foster for him in Orange County. It was with this temporary foster that he had his first seizure. The foster took him to her vet and he was diagnosed with epilepsy and put on phenobarbital. The foster explained this to the rescue group who had committed to taking him and they refused to accept him into their rescue, which left her with an epileptic cat and no one to help her.

She reached out to another rescue locally that we work with,  and they agreed to take him in and try to find him a home. The stress of the adoption center was too much and his seizures increased to at least once daily. The group that was trying to help reached out to us and asked us if we could take him. We agreed to take him into Milo’s Sanctuary Lifetime Care Program.

Since he has been with us ,he has only had one seizure and he has gone in for regular check-ups to make sure his phenobarbital level is steady and his liver and kidneys are okay from the medication.

Mr. Whiskers is a sweet guy who LOVES to play, and more than anything he loves sponges. Yes, sponges. We have had to create a “sponge jail” at the Sanctuary to prevent this sponge thief from absconding with the sponges.

Mr. Whiskers is a very handsome boy who will be on medication for life and regular vet checks. He would love nothing more than to have sponsors to cover his medications and vet visits. Maybe he will even share his sponge collection with you! 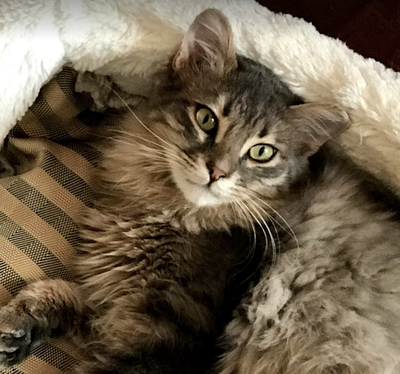 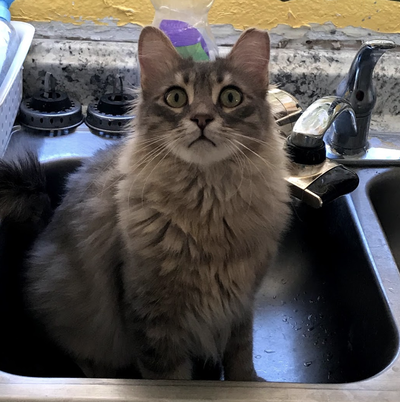