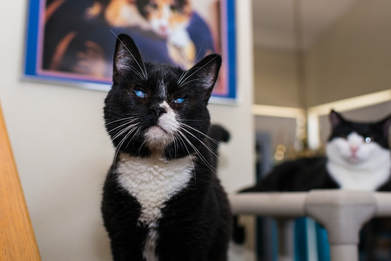 Frank was rescued from a high kill shelter the day he was to be euthanized. His “humans” decided they didn’t want him anymore, so they left him alone, blind, confused, and scared in a shelter.

Milo’s heard about this boy through a volunteer at the shelter and we jumped into action to save him, literally hours before he was to be killed.

It took a while for Frank to come out of his shell and trust people again, but now he’s a happy, friendly, and super gentle boy who loves attention, a warm sun puddle, and the other Lifetime Care Cats he shares his home with.

You will often find Frank curled up with another cat grooming them or just sharing cuddles, or at the top of the cat trees keeping guard over his charges. Although blind, Frank doesn’t let a moment of the day go by when he isn’t exploring, begging for pets, or playing with the other cats.

Frank would love to have you sponsor him so that he can live his life with all the care he needs and have a forever home at Milo’s Sanctuary. Thank you! 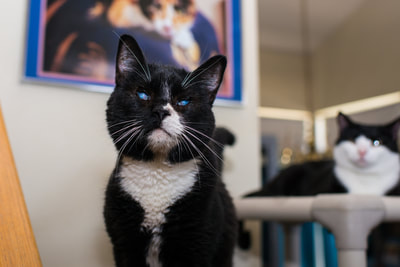 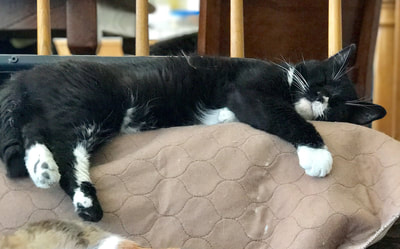 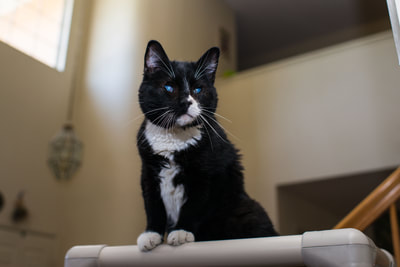